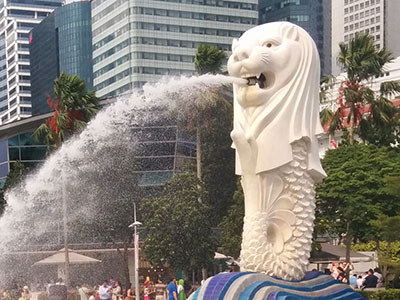 I read 2 indexes about starting a new business.

One is “The Doing Business *”. This is the ease of doing business index created every year by the World Bank Group. These rankings are based on 10 topics which include “Starting a business”, “Dealing with construction permits”, “Getting electricity”, and so on. **

According to the latest report, New Zealand is rated the top nation. However, until last year, Singapore had been ranked 1st for 10 years and is still 2nd in this year.

Japan is ranked 34th. The current government’s target is to become higher than 3rd by 2020 among developed nations, thus this result is disappointing. The reason for the low rank is that Japanese administrative procedures related to tax payment, permits and licenses are more complicated than other countries’. ***

Top 10 countries include North America, European countries, and Australia. Taiwan is ranked 16th and this is the highest among Asian countries. Japan is 25th and China is 48th, though China and Japan are the world’s second and third largest economies respectively.

Why are China and Japan far behind the United States? Here is one aspect from the article of Forbes *****. China and Japan don’t have the ability to attract and retain talent. In Japan, we have tight immigration policies and conservative business cultures which don’t attract foreign talents.

Taking into consideration the factors mentioned above, Japan is not a country which nurses entrepreneurs.

The environment would be better if the government tries to improve it. However, in my opinion, it is not easy to change our mentality. Our conservative trait does not accept the differences easily – like immigrants, and other cultures.

Also, in our society, once we fail, it is hard to recover. Thus we are afraid of taking the risk of creating new businesses. Of course there are entrepreneurs in Japan. However I sympathize with people who don’t have interests in starting a new business.

This is the current situation and my thoughts. The world is changing. I expect the next generation will be different.

*** The way ahead for the fourth year of Japan’s growth strategy: The Yomiuri Shimbun
http://www.straitstimes.com/asia/east-asia/the-way-ahead-for-the-fourth-year-of-japans-growth-strategy-the-yomiuri-shimbun

***** Japan And China Have A Long Way To Go Before Catching Up With America In Entrepreneurship
http://www.forbes.com/sites/panosmourdoukoutas/2016/11/27/japan-and-china-have-a-long-way-to-go-before-catching-up-with-america-in-entrepreneurship/#6ea6d7212673